Partager :
Rolf Tord Larsson born January 6, 1933 in Sweden and made his home here in Canada when he married his late wife Phyllis (Coates) back in 1979,  passed away peacefully on March 18, 2019 at CHUS with their son Brian at his side.

He will be missed by his brothers, sisters and their partners:  the late Olle Larsson (late Elsa),the late Åke Skoog (Ulla),the late Majken Skoog (late Ture),the late Roland Larsson,the late Nils- Erik Larsson and Gerd Persson (late Per), Mona and (Roland Karlsson), Lars Larsson (Yvonne), and Håkan Larsson (Berit, late Lena) and nieces, nephews and friends back in his beloved homeland of Sweden.  Rolf also will be missed by his Canadian family: Helen Martin/Coates (the late Roy Martin),  the late Bruce Coates (the late Doris Coates/Paige), the Late Reginald Coates (the late Patricia Coates/Paige), Colan Coates (Doreen Coates/Moffatt), Connie Friesen/Coates (the late Abe Friesen) and numerous nieces and nephews extending all the way to great, great,  great nieces and nephews (which he was very proud of).

Rolf was the cherished son of Evald Larsson and Edla Skoog/Larsson and  his late in laws Hazel Coates/Woods and Carl Coates.


Rolf also leaves behind many other extended family and friends.

An intimate graveside service will be held at a later date.

Sympathies
Normand Bérard
#3
April 3rd, 2019 8:24 am
Brian; I am thinking of you in these difficult times. My deepest sympathies
Suzanne ruck
#2
April 2nd, 2019 10:05 pm
My sympathies to brian and familly.my thoughts are with you brian.
Ann Marcoux
#1
April 1st, 2019 1:21 pm
My deepest sympathies to Brian . Robert and I are thinking of you in these difficult times. If there is anything we can do let us know!
Si vous préférez, vous pouvez envoyer vos sympathies à cette adresse courriel: sympathies@charronetlamoureux.com 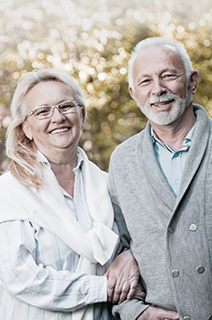